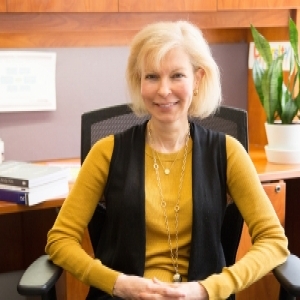 Not all vital health care research is conducted by people with backgrounds in the discipline, demonstrating the importance of interprofessional collaboration to scientific advancement.

Dr. Dowling found her way to Alzheimer’s research through a twist of fate. She received her PhD in quantitative methods with majors in statistics and psychometrics from the University of Wisconsin-Madison before eventually joining the Wisconsin Alzheimer’s Institute. While at the institute, she realized she had the toolbox needed to help the researchers with her statistical techniques, but didn’t feel entirely prepared.

“The more knowledgeable a statistician is with the content area, the higher the potential to increase the impact of his/her contributions to a scientific team.” she said.

This led her to begin studies, once again. Capitalizing on the rich learning environment at UW-Madison, Dr. Dowling started studying again, attending conferences, workshops, and courses to learn about imaging techniques, neuropsychological testing, biomarkers for Alzheimer’s, pathological cognitive decline, and the neurobiology of AD.  She developed not only an expertise in the field to which she was applying her methodological skills, but also a passion for Alzheimer’s research, Dr. Dowling said.

“The field offers a range of funding opportunities, which means it is a critical area of research. Substantial progress has been made, but “there are many questions yet to be answered. “

She is especially interested in discovering what affects and protects the brain, both in terms of genetics and lifestyle. She enjoys focusing on modifiable variables so that health care providers can help patients with intervention and delaying decline. Her work on the latest grant and its focus on hormone therapy, for example, is a modifiable variable.

“I really learned what they’re talking about,” she said. “It’s different when you read about it than when you have someone close to you going through the process.”