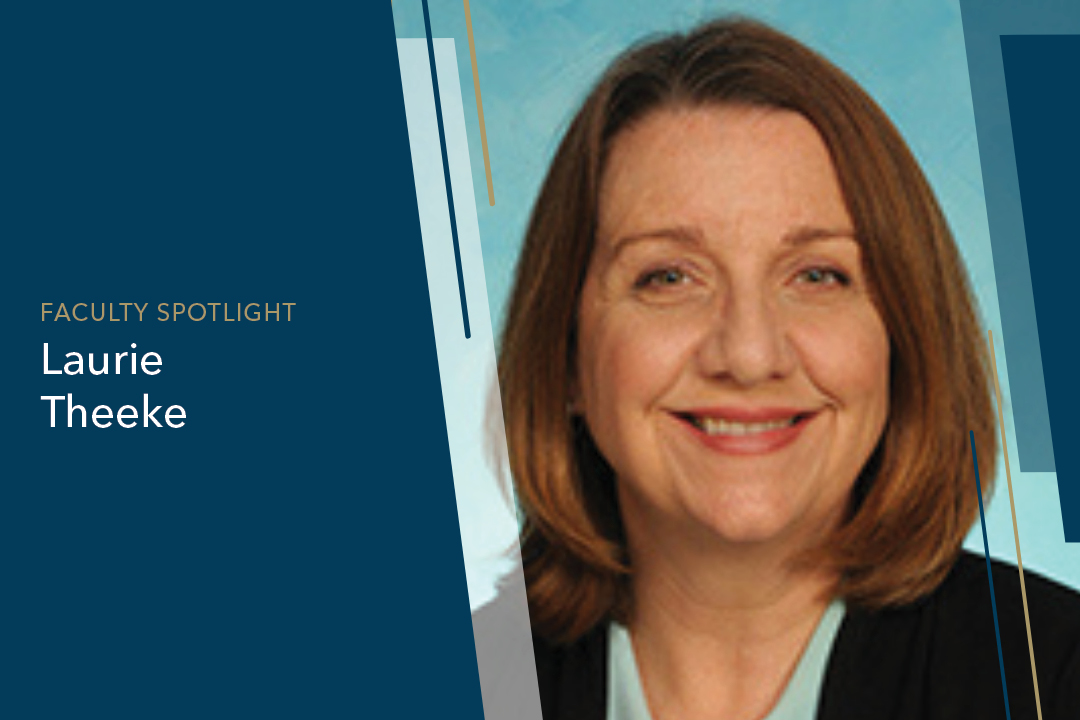 The epidemic of loneliness has made headlines for years. It’s more than just a social issue—loneliness is linked to multiple chronic health conditions including heart disease, stroke, obesity, metabolic syndrome, anxiety, and depression across populations. The COVID-19 pandemic has worsened the effects of loneliness, with one in three Americans reporting that they have felt serious loneliness since the outbreak of the pandemic, according to a 2021 survey from Harvard’s Making Caring Common project.

Laurie Theeke, Ph.D, FNP-BC, GCNS-BC, FAAN, GW Nursing’s new associate dean for the Ph.D. in Nursing program, has been studying loneliness in older adults for 15 years. Simply socializing more or meeting new people is not the solution to addressing the issue of loneliness and social isolation, Theeke says. Over the past 10 years, evidence has mounted that confirms that loneliness is a perception of one’s ability to meet their human needs for belonging, and it contributes to negative health through the physiological, psychological, and social mechanisms associated with stress and behaviors. This means that it is important to conceptualize loneliness as a unique biopsychosocial stressor, she explains in a 2015 publication.

In response to this more current conceptualization of loneliness, Theeke developed the cognitive behavioral intervention LISTEN (Loneliness Intervention using Story Theory to Enhance Nursing sensitive outcomes) in 2014. Prior interventions for loneliness have focused on loneliness as a social problem, so they were designed to enhance individual development for things like art, writing, or exercise; or social integration through activities like befriending or joining clubs or senior centers. Theeke and her study team at West Virginia University School of Nursing worked to understand the historical literature on loneliness and concluded that the most effective intervention would be one that addressed dysfunctional thinking associated with loneliness so that people could understand their own need for belonging and make individualized choices for action to diminish their experience of loneliness.

In the small studies that Theeke has conducted, LISTEN has shown to be effective in diminishing loneliness and systolic blood pressure in older adults and adults who have suffered stroke. She’s eager to share her research with other GW Nursing scholars and hopes to soon conduct a larger study of LISTEN, as well as a cohort study that examines and compares predictors and outcomes of loneliness in urban and rural populations. These studies will further inform the refinement of LISTEN so that the intervention can be both culturally competent and precise.

Theeke’s experience as a family nurse practitioner and clinical specialist in gerontological nursing informs her research. She practiced in both WVU Department of Medicine 65Plus clinic and WVU Department of Family Medicine for almost 30 years. This, in addition to her personal history, led to her passion for studying loneliness and isolation and how it impacts health in rural populations. As a child, she grew up very close with all of her grandparents in Lonaconing, MD, a small rural town, and saw the challenges that chronic health problems can impose on one’s quality of life. “My maternal grandmother had a stroke at age 39—I never knew her not paralyzed,” Theeke says. “I saw the challenges she had as a younger older person.” Theeke’s paternal grandmother lived to 100 years old, which allowed her to witness the challenges that an “older, older person” experiences, she says.

While much of her career has been spent working as a geriatric clinician, Theeke began her career in the pediatric intensive care unit at WVU hospitals and has most recently worked in family medicine and enjoys treating younger patients, too. That exposure to a variety of patient populations has informed her work studying loneliness. “Loneliness is a population problem, it’s not age specific,” she says. “It’s been studied a lot in older people, but it’s also a problem with college students, mothers, and children in foster care.” As the mother of 13, eight of whom she adopted from the West Virginia foster care system, Theeke has witnessed the effects of both trauma and loneliness in her own children and hopes to study loneliness in this population as well. She recently published an article with a doctoral student at WVU on loneliness of parents with children in the pediatric intensive care unit.

Theeke looks forward to connecting with other GW Nursing researchers who might want to partner on future studies. “I’ve already talked to several faculty members and students who study psychological concepts, and I’m asking, ‘Have you ever considered that loneliness and isolation might play a role in the health of your population or patients?’” Knowing that loneliness is an independent predictor for depression in populations globally (including measures of loneliness in studies) could help us to understand what people are experiencing and lead to different interventions and better care, Theeke says.