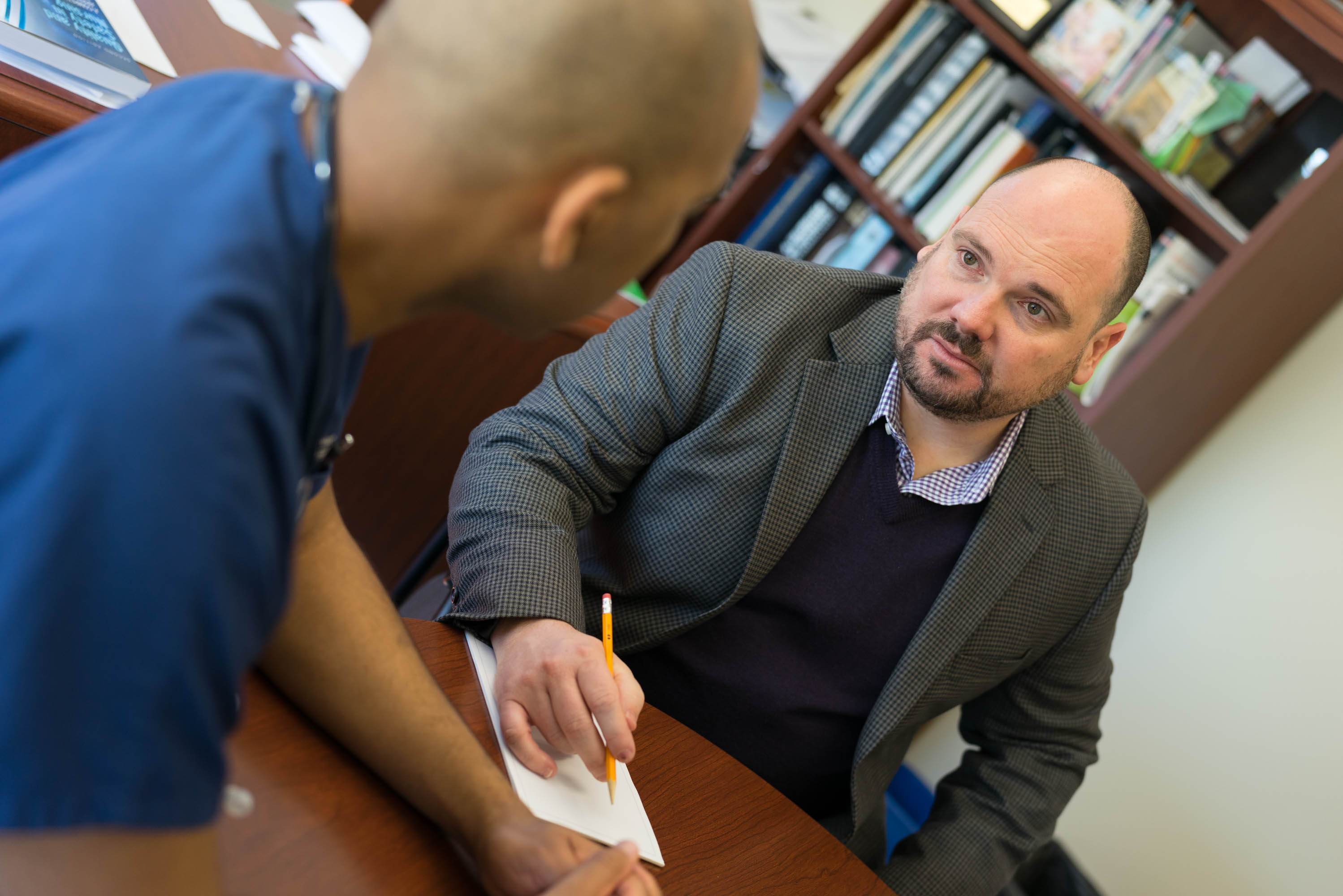 Google “Can a man be a …” and the top autofill responses are widow, feminist, witch, midwife and nurse.

Yes, men can be nurses. The profession, in fact, wishes more men would consider it.

An influential report from the Institute of Medicine (IOM): The Future of Nursing: Leading Change, Advancing Health made several recommendations related to diversity, including gender diversity.

In nursing, men are such a minority that memes about “male nurses” abound on social media, and pop culture leans into “murse” stereotypes characterized in movies like “Meet the Parents” and TV shows like “The Mindy Project.”

Health practitioners would also like to drop the “male” descriptor.

When he entered the Army in the early 1990s, Dr. Calohan encountered “some dinosaurs still around, even high-ranking people, who didn’t believe men belonged in nursing,” he said.

Looking out into his classroom today, he sees that changing.

Dr. Calohan does believe that gender can play a role in nursing care, which is why the genders should be more equally represented.

“Sometimes, with certain patients, they respond better to a male presence than a female presence,” Dr. Calohan said. Occasionally patients behave inappropriately with a female provider, but sometimes a patient just expresses a preference for one gender over the other, he said.

While the percentage of men in nursing has steadily increased in recent decades, it hovers around 10 percent, according to current HRSA Health Workforce data

Though Dr. Calohan was initially hired to teach in the psychiatric mental health program, he soon was drawn also to teaching in the undergraduate program because of GW’s Veterans BSN option. While he advises some of the veteran students, “quite frankly a lot of male veterans seek me out even if I’m not their advisor.”

Modeling a diverse faculty and offering mentors in which students can see themselves can go a long way to breaking down those stereotypes.

“I have had male students come up to me and to tell me it’s cool to have a male teacher,” Dr. Calohan said.